This past Saturday, Alnylam joined approximately 750,000 people gathered in Boston for the 2019 Boston Pride Parade to honor the 50th anniversary of the Stonewall Riots. The parade marched a 2¼ -mile path from Copley Square to Government Center where it spilled in to the Boston Pride Festival at City Hall Plaza. This year’s Pride theme, “Looking Back, Loving Forward”, aimed to honor the challenges and victories of the LGBTQ community while acknowledging the progress still yet to be achieved. 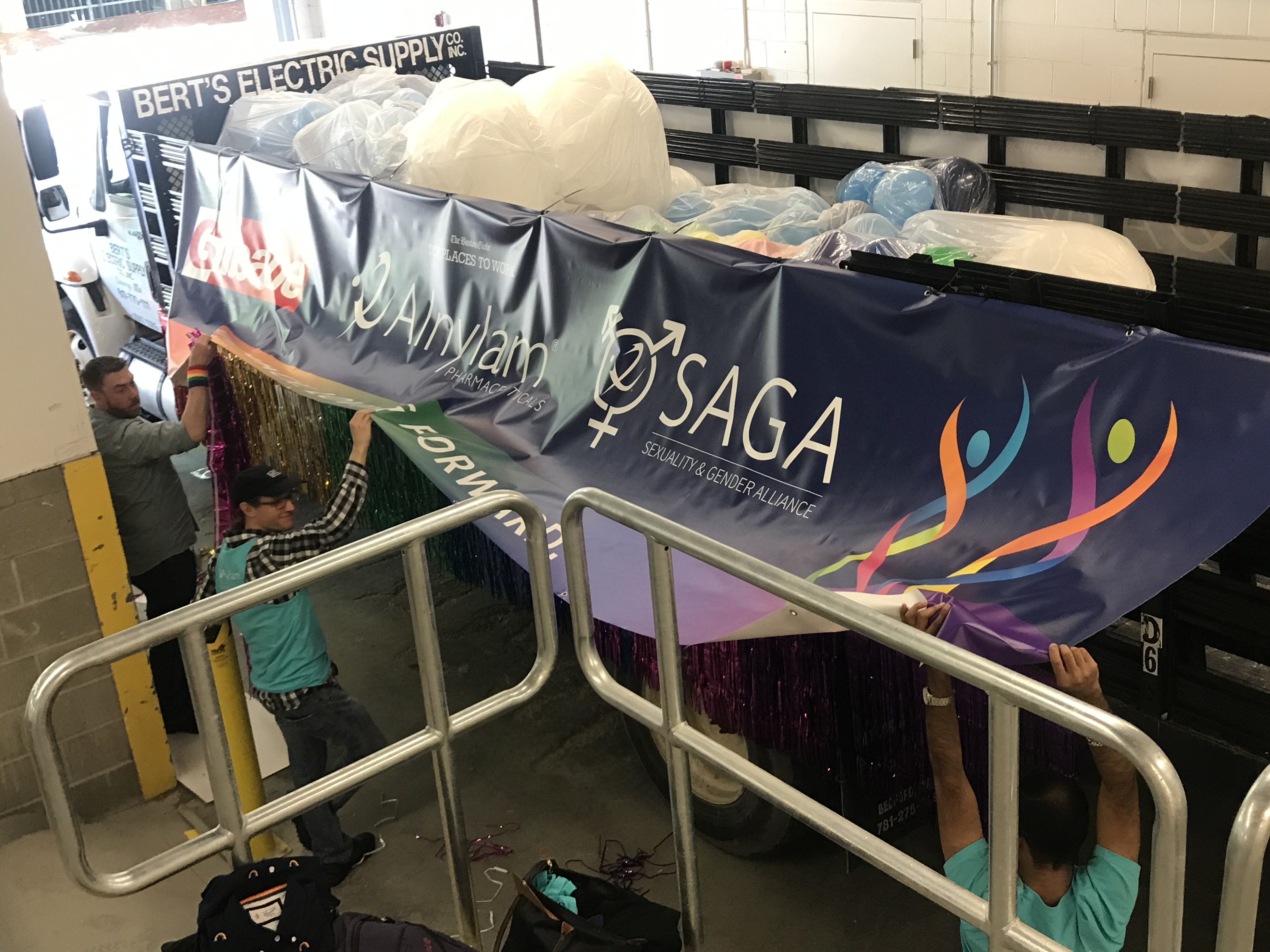 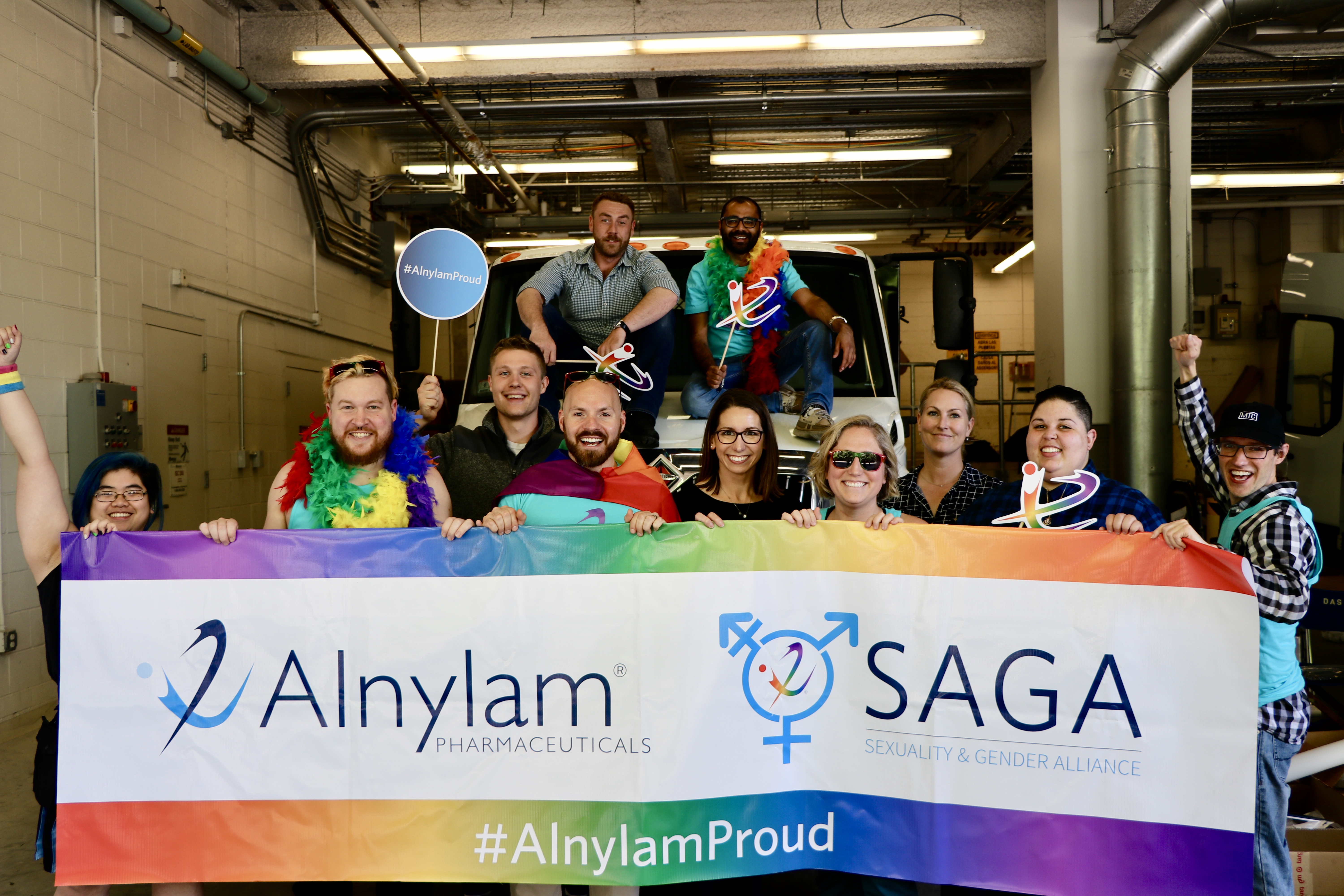 2019 marked the first time Alnylam participated as a company in Boston Pride, and true to our culture and core values, we went big and showed up strong. On Friday, Alnylam employees, including members of our SAGA (Sexuality and Gender Alliance) employee resource network group decked out an Alnylam float with banners, signs and a giant balloon rainbow. Gilbane Building Company, one of our partners, generously donated the truck for the float. 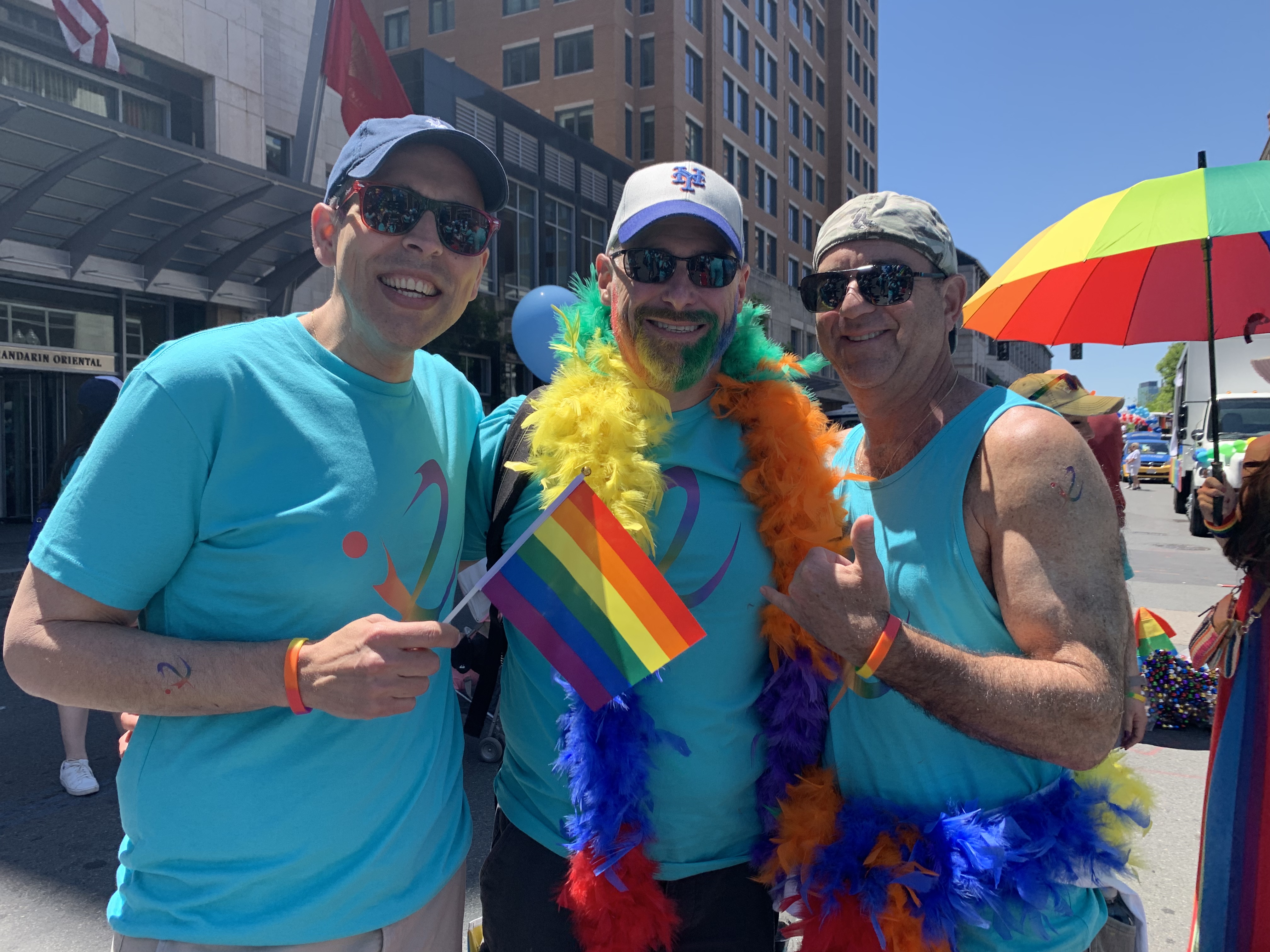 Marchers gather at the start of the parade route 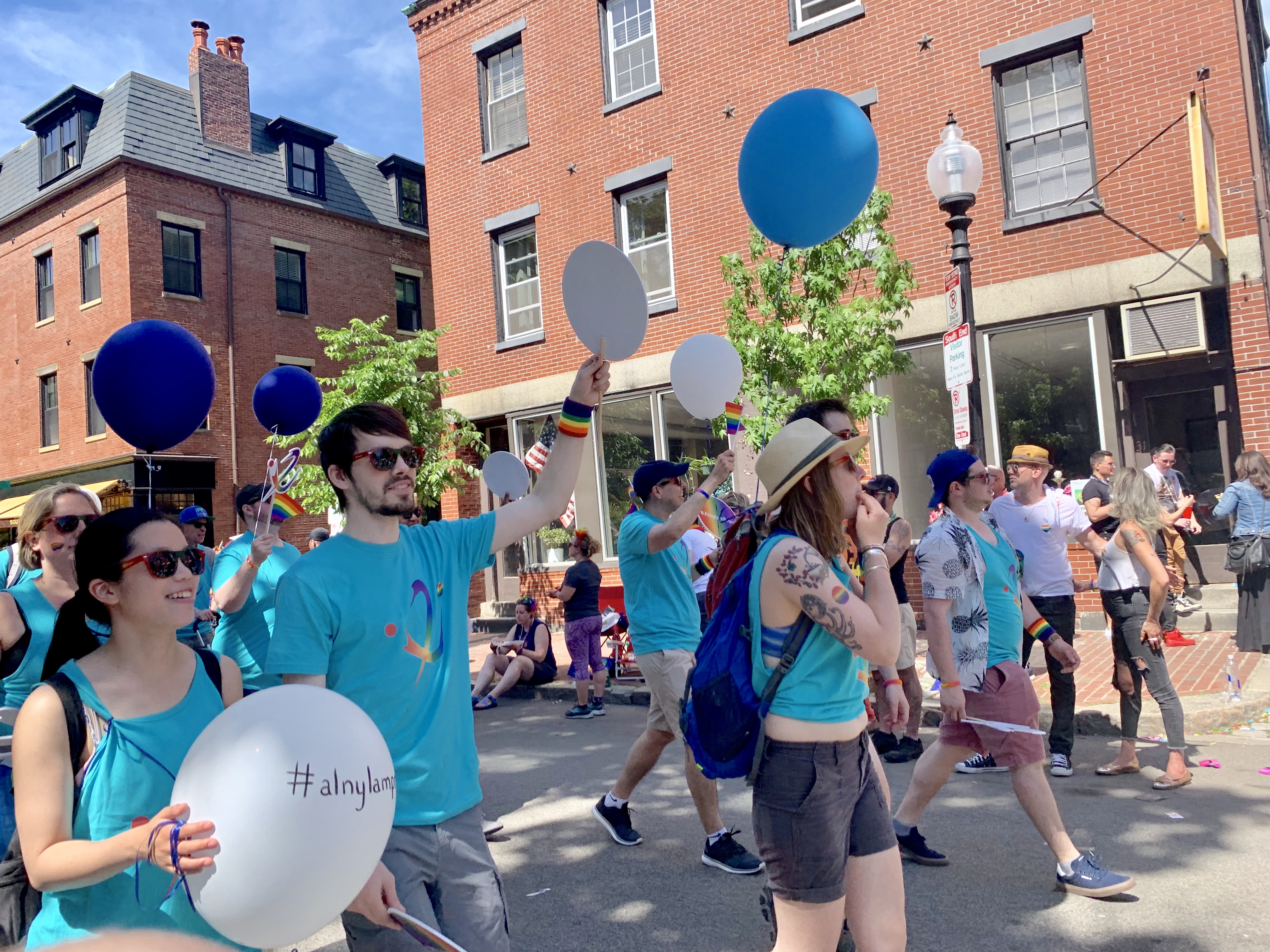 Marchers on the parade route 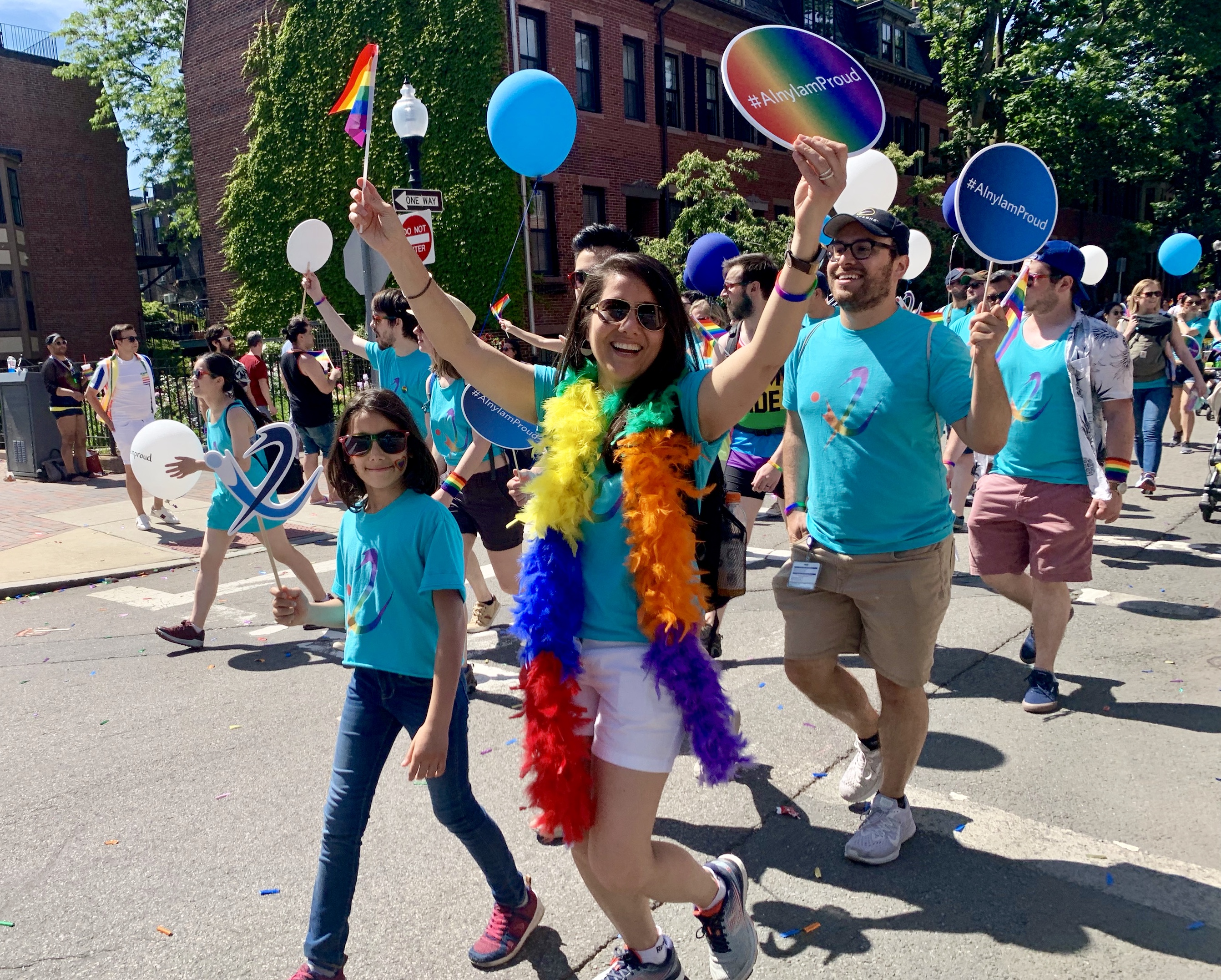 Family members joined in the festivities 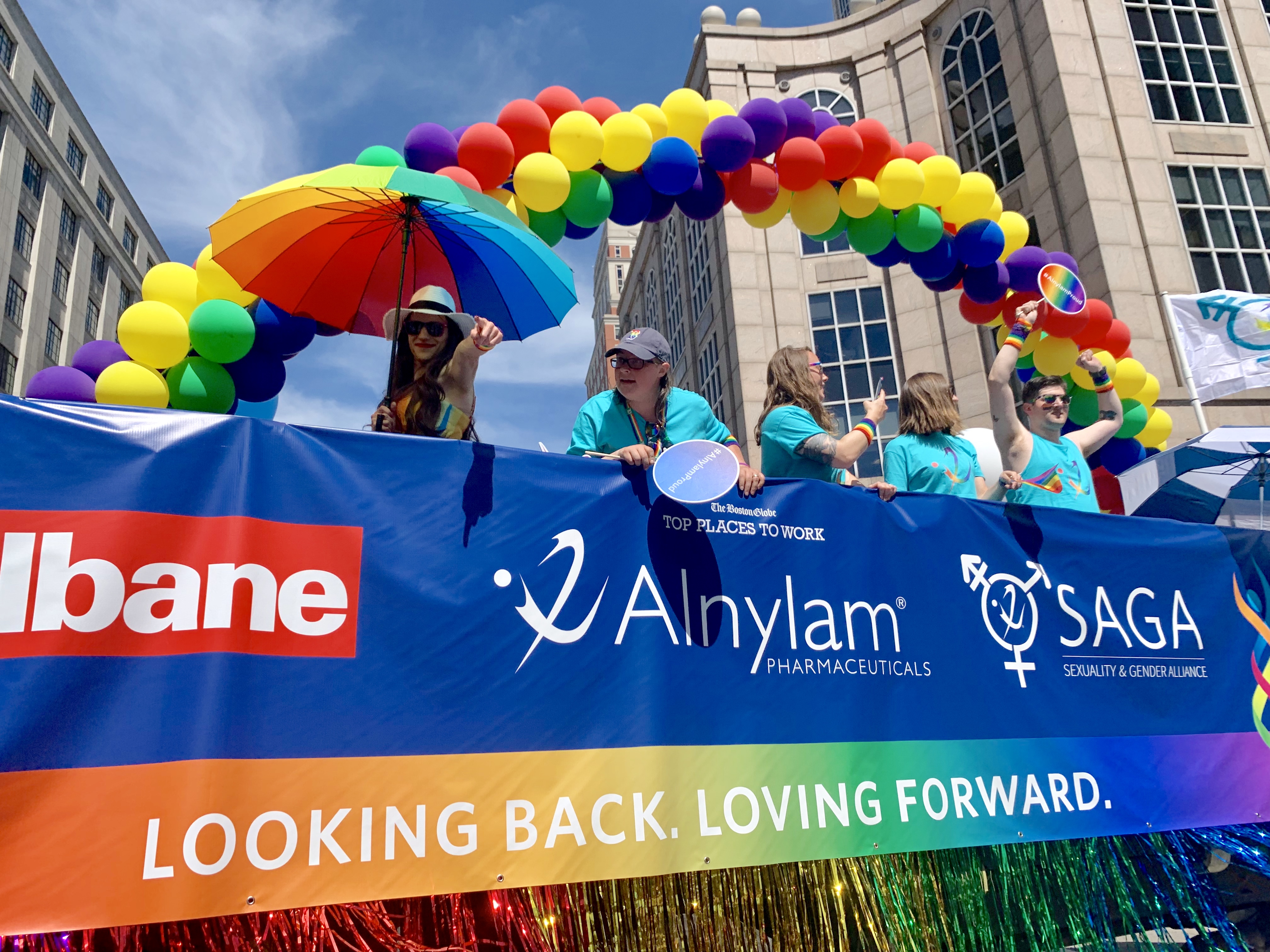 The Pride Parade was just part of Alnylam's embrace of and activities during Pride Month.  And our commitment to diversity and inclusion is a year round focus for the company.  At Alnylam, we say that we are "Harnessing the power of AND." You can learn more about D&I at Alnylam here.