Harnessing the Power of RNAi™: Pushing Through the Challenges and Setbacks 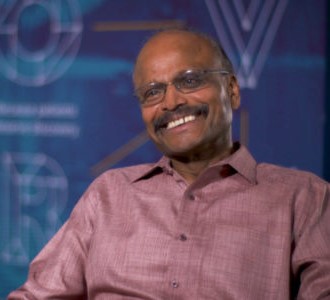 I am an organic chemist, and what keeps me going after 3 decades working in the field of oligonucleotides is transforming complex chemistry into medicines for people with serious illnesses. I became Alnylam’s first chemist in 2003, and I’ve been both blessed and proud to work at a company that has cultivated and supported my passion for translating the science of RNA interference (RNAi) into a new class of medicines.

The Nobel-prize winning discovery of RNAi in roundworms by Fire and Mello was an incredible moment, but it was only the beginning of our journey. Those of us who founded Alnylam knew that a specific class of RNA, called small-interfering RNA (siRNA) could precisely silence specific genes in mammalian cells. The therapeutic potential was clear, but the chemical properties of siRNAs, such as their size, charge, and water-loving nature, made it difficult to deliver these molecules into cells in a stable way. We spent countless hours in the lab over a decade optimizing our siRNA constructs for safe delivery in humans.

In 2002, when Alnylam was founded, the established ways of delivering siRNA into animals unfortunately couldn’t be used in humans. It wasn’t until 2004 that we found an alternate technology that would make delivery possible. siRNAs on their own are water-loving, cannot readily cross cell membranes, and are quickly excreted, making it a challenge to deliver them into the right cells. Our solution was to attach a cholesterol molecule – a “grease ball” – to our siRNA, creating what’s known as a lipid conjugate. With the addition of this grease ball, we were able to ferry our siRNA molecules across the cell membrane and deliver them to the liver and gut. This formed the basis of our first successful animal study in 2004. At that time, Nobel Laureate Phil Sharp, one of our founders, also challenged us to demonstrate that our cholesterol conjugate was working through the RNAi pathway. Through a series of careful experiments, we showed just that. This result was published in Nature in 2004 (also referenced in Nature 2006) and charted a path forward for RNAi delivery technology.

However, we still needed to overcome another inherent limitation of siRNA – its charge. This led us to develop our ionizable lipid nanoparticle (LNP) delivery method, which essentially forms a protective bubble around siRNAs using both grease and “transient” positive charge, shielding the siRNAs against degradation and allowing their safe passage to the liver (described in Nature in 2006; Angew Chemie in 2012). We subsequently demonstrated the awesome power of our GalNAc conjugate technology for liver-specific delivery (J Am Chem Soc 2014). These discoveries have been the most important milestones in Alnylam’s journey, my career and the whole field of RNAi therapeutics because they showed how our chemical modifications of siRNAs improved the potency, metabolic stability, and duration of action of RNAi-based drugs.

That said, these successes have been punctuated with disappointments. Despite initial excitement with the RNAi technology, many outside Alnylam’s walls came to doubt its promise and potential. At one point, we lost many pharmaceutical partners. We downsized the company a couple of times. Those were really difficult times when hope was hard to come by. But we moved forward with determination. Throughout, we were fortunate to have the support of our company’s leadership and scientific advisory board whose guidance fortified our resolve and shaped our approach. We ultimately persisted in improving our delivery technology. One experiment at a time, we evolved the technology that is being used in Alnylam’s investigational medicines today. Now, one patient at a time, positive responses are demonstrating that RNAi technology indeed has the potential to bring about a paradigm shift in medicine.

I’ve been fortunate and humbled to work with countless passionate people who accepted the challenge and fought for the potential of RNAi therapeutics every step of the way. What excites me most is that the possibilities for RNAi are greater today than ever before. I’m hopeful that what we’ve learned and discovered at Alnylam can be broadly applied to various diseases in people, animals, and plants globally. That’s my dream. Over the next few months, I invite you to follow Alnylam on Twitter and LinkedIn to hear more stories from those involved in our drug development journey.